Insurance for directors and officers responsibility under new companies act 2013
Directors and top managers are running for cover, literally. Ever since the new Companies Act kicked in, on April 1, corporate top brass has been in a hurry to insure itself against lawsuits in case it gets embroiled in allegations of fraud or mismanagement.
Directors and Officers (D&O) Liability policies, which offer cover against personal liabilities arising from the insured's corporate role, are seeing brisk business.
"We have seen a significant uptick in D&O policy sales ever since the new sections were notified in November. Companies, which have taken this policy, are increasing their cover," says Sushant Sarin, Senior Vice-President – Commercial Lines, Tata AIG General Insurance. The number of policies sold has grown by 25-30 per cent this year, and after the notification of the new Companies Act, this number is only going to go up, he adds.
Rising risk

The new company law sets stiff penalties for auditors, directors and top managers if the company they work for is accused of fraud or mismanagement. "Penalties, which were in hundreds and thousands of rupees, now run into lakhs," says Jamil Khatri, Global Head of Accounting Advisory Services, KPMG.
While a D&O policy does not offer directors/officers cover against fraud committed by them, it covers them against damages and costs arising out of legal action owing to errors, omissions or negligence in performing their managerial duties. Key managers and companies are buying these policies, as the latter too can face legal action by shareholders/employees.
"The Satyam case was really the inflection point for these policies. But, yes, there is now much greater interest.
"We see big potential in D&O," says Amarnath Ananthanarayanan, CEO of Bharti AXA General Insurance.
Class-action suits

Companies are really worried with the provision that allows shareholders to file class-action suits. "Some of the largest claims under the D&O policy outside India have originated from class-action suits. This is thus one of the most significant risk areas where the D&O policy may come into action," says Sanjay Datta, Chief – Underwriting and Claims, ICICI Lombard General Insurance. About 5,000 such policies are in force today.
Big takers

So, which companies are off the block? Sarin says listed companies, particularly from new age sectors such as IT, entertainment, communications and biotech, opt for a higher cover as their stock price is more volatile than, say, a manufacturing company.
"In case of related party transactions, the audit committee will now need to make an assessment whether they are at an arm's length basis and in the ordinary course of business.
"Thus, companies with complex structures, multiple businesses, operating from many locations. and conglomerates may focus more on D&O insurance," says Khatri. The sum assured on such policies starts from ₹1 crore going up to ₹500 crore. Premiums vary from ₹50,000 to ₹l lakh for the minimum cover to about ₹2-3 crore for larger policies. "While limits vary from industry to industry, companies tend to take 10-20 per cent of their turnover as cover. The base (premium) rate comes to around 0.2 per cent, and again it depends on the kind of risk and industry," says Datta.
Notable features of our new Directors and Officers Insurance form in line with the Companies Act 2013:

Section 197 (13) of CA 2013 says where any insurance is taken by a company on behalf of its defined categories of persons for indemnifying any of  them against any liability  in respect of any of the defined wrongful acts including breach of trust , the premium is not treated as part of their managerial remuneration.
Section 177 (9) talks about vigil mechanism to report genuine concerns by employees and it casts duties on them.
Section 2 (87) defines subsidiary and one of the conditions is to hold more than 50% of total share capital.
Section 201 under earlier companies act or similar provision is not there under the CA 2013.
Section 168 provides the directors an option to resign.

Wording of D&O policy comes with some important and highly distinctive features in case of HDFC ERGO as following:

o No avoidance or rescission for misrepresentation or non-disclosure – HDFC ERGO has
expressly waived its rights to avoid the policy or exercise any other rights available to it in the
event of misrepresentation or non-disclosure in the proposal form. However, those Insureds who
knew the true position with regard to the facts or matters misrepresented or knew any of the nondisclosed facts will not have the benefit of coverage.

o Cover for Insured v Insured claims – the full policy limit is available for claims brought outside
the USA unless they are Consensual Claims. Where a claim is brought in the USA cover is
available for: derivative actions (including whistle-blower actions pursuant to Sarbanes-Oxley),
claims by past insured persons, employment claims, claims for contribution or indemnification
and defense costs.

o Broad Claims Definition – extended to include Extradition proceedings providing defence costs
up to the full policy limit irrespective of the countries involved.

o Deductible funding - if the company is not prevented from reimbursing an insured person, but
refuses to do so, HDFC ERGO will fund the deductible and recover it from the company.

o Broad definition of Employment Claim - expressly includes retaliatory treatment arising from
an employee exercising his or her rights under any whistle blowing law anywhere in the world.

o Loss definition includes punitive, exemplary or aggravated damages – provided that HDFC
ERGO is not legally prohibited from paying such damages in the jurisdiction in which the claim is
determined.

o Outside Directorship Liability – extends to any qualifying outside entity on an automatic basis
otherwise cover can be provided with HDFC ERGO’s consent.

o Insured Person – includes a director or officer, an employee (for EPL claims; where they act in a
managerial or supervisory capacity; hold an outside directorship position or where they are
named as co-defendants along with any directors or officers) and a director of a corporate trustee
or policy committee member of any superannuation fund or pension plan established for the
benefit of their company’s employees.

o Subsidiary – includes incorporated joint ventures or companies over which the company has
effective management and control.

o Retired Directors and Officers – in the event that the policy is terminated or non renewed and
provided that no ‘event’ has occurred, directors and officers who have retired prior to the expiry of
the policy period will be covered for 7 years at no extra charge.

o Emergency Defence Costs – defence costs and legal representation expenses can be incurred
for up to 30 days without HDFC ERGO’s prior written consent where such consent cannot be
requested due to an emergency.

o Dishonesty Exclusion – does not apply to HDFC ERGO’s obligation to advance Defence Costs
or Legal Representation Expenses until a final adjudication in any proceedings establishes a
deliberately fraudulent act, omission or wilful violation or breach. Admissions by insured persons
no longer trigger the exclusion. Also expressly provide that final adjudication is only satisfied in
the underlying claim against the insured and not in any declaratory proceeding brought by HDFC
ERGO.

o Priority of Payments – where a Loss exceeds the available limit of liability, priority will be given
to the payment of loss that falls within the directors and officers insuring clause.

o Notification of Circumstances – the Insured may notify any circumstances which could give
rise to a claim. If any claims arise from such circumstance then they shall be considered to have
been made during the policy period in which the circumstance was initially reported.

o Acquisition of Company – In the event of the acquisition of the company an extended reporting
period of up to 7 years is available.

Legal Representation Expenses incurred in the defence of an OH&S claim. Specific reference to
workplace fraud and manslaughter law anywhere in the world.

o Bilateral Extended Reporting Period – 90 days cover provided for no additional premium and
365 days cover in addition to the automatic 90 day period provided for 50% of the annual premium.

o Continuity of Cover- covers claims or circumstances which could or should have been notified
under a prior policy where HDFC ERGO was the insurer. Coverage shall be in accordance with the
terms and conditions of the policy in effect at the time that the claim or circumstance should have
been notified. 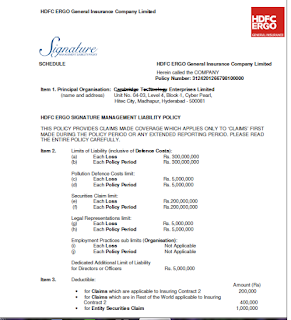 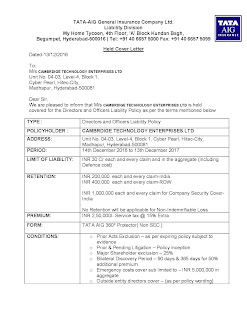 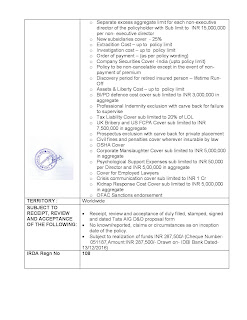 The Indian Workmen's Compensation Act 1923 provides for the payment of compensation by the employer to his employees (for their dependents in the event of fatal accidents) if
personal injury is caused to them by accidents arising out of and in the course of their employment.

The Workmen’s Compensation policy covers the liability of an employer for employment injury (including death) sustained by any employee who is a ‘workman’ as defined under
Workmen Compensation Act.

It also covers liability in respect of diseases mentioned in Part C / schedule III of WC Act, on additional premium; which arise out of and in the course of employment.

The policy can also cover medical, surgical, and hospital expenses including the cost of transport to hospital for accidental employment injuries, on payment of extra premium. 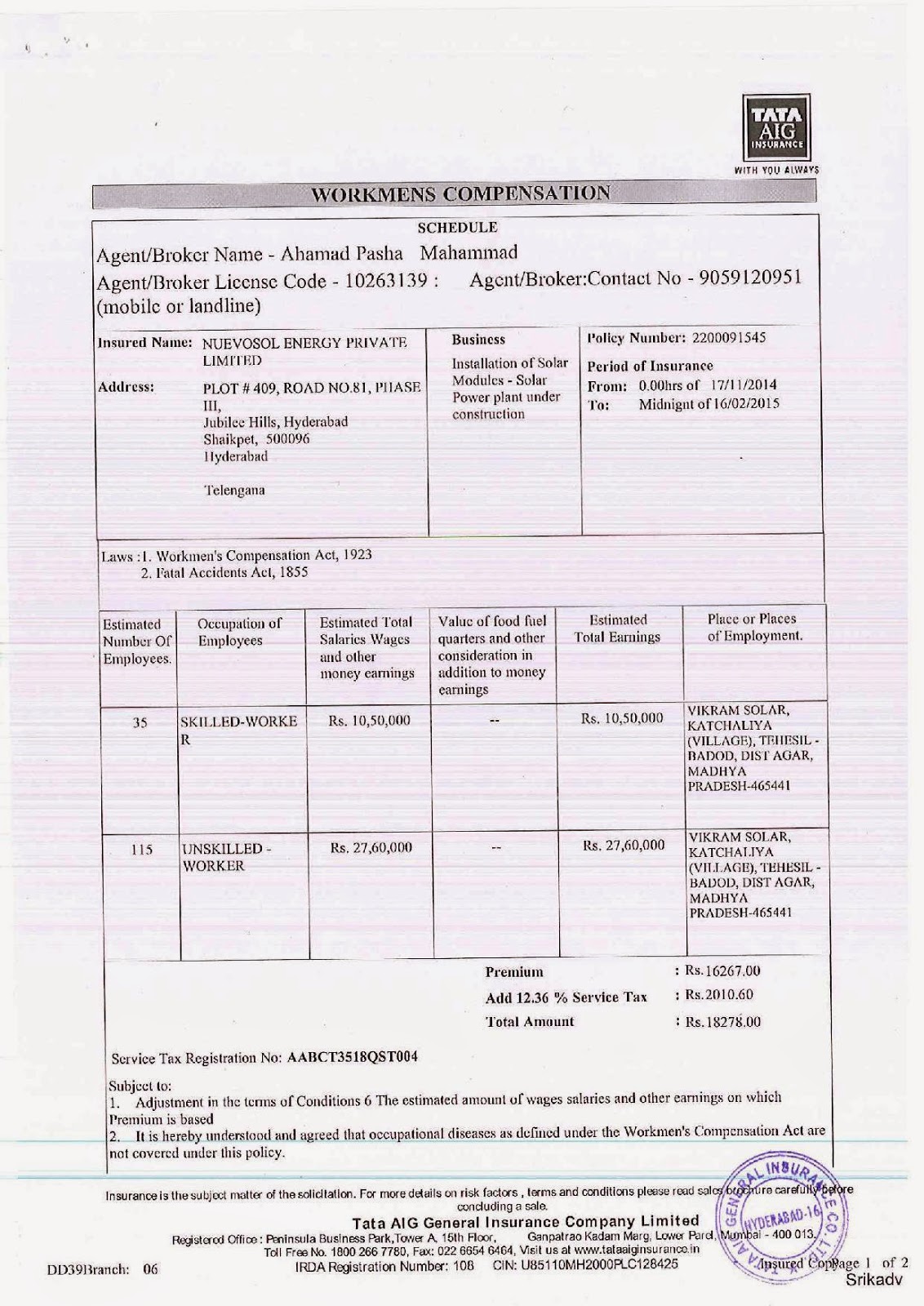 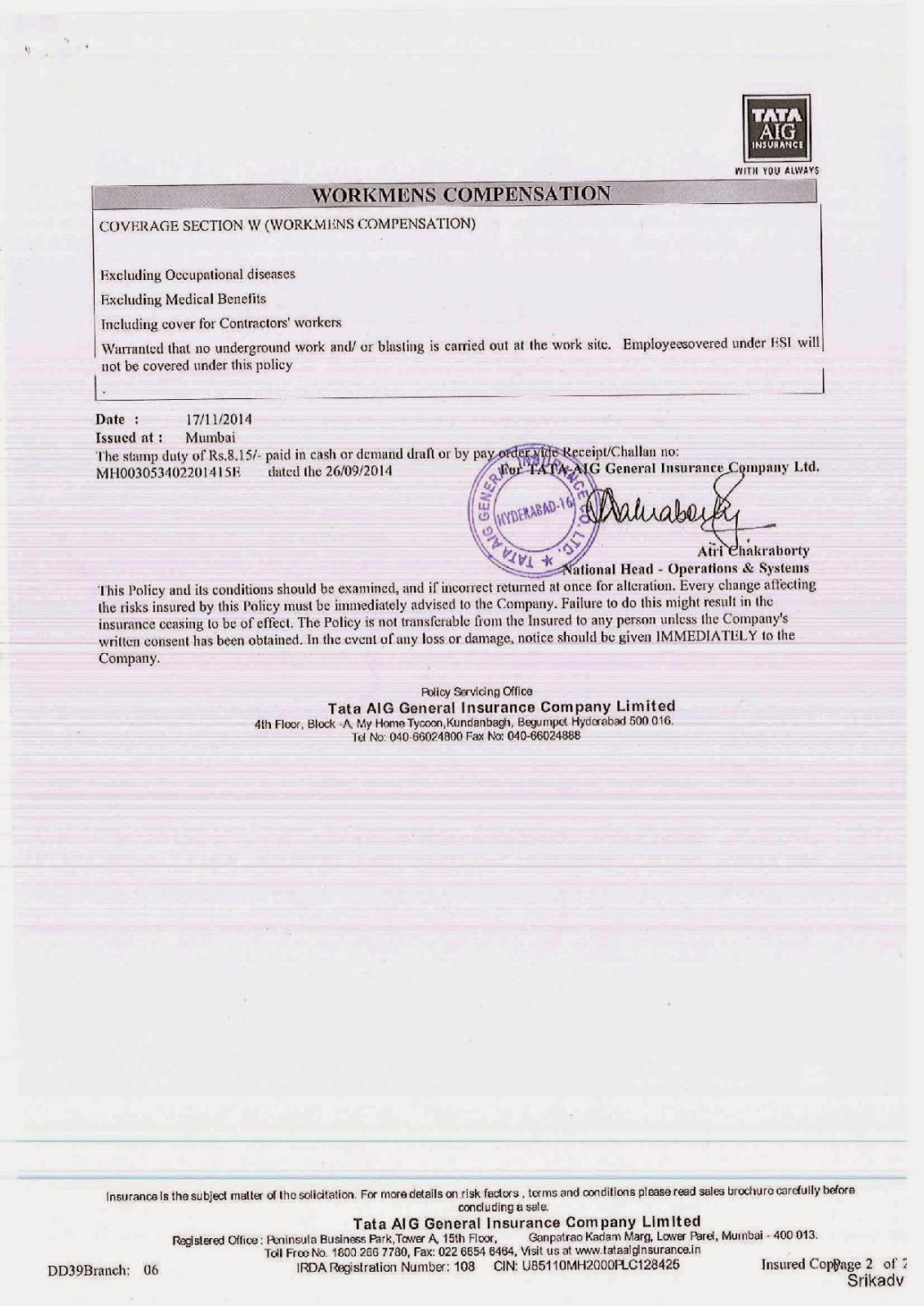 '
Insurances to be considered 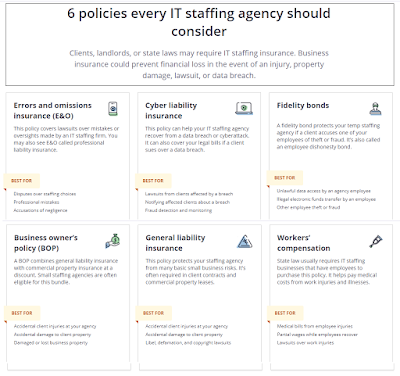 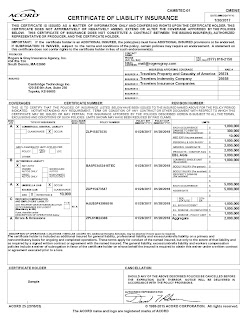 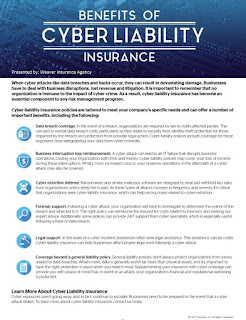